This has been the hardest thing to write.

It looks like we will be finding out together.     .

On this journey to find myself, I am going to start with what I know I am.

1. If something is forbidden, do you want it less or more?

For me it all depends on what the forbidden thing is, and why i initially wanted to it to begin with.  If i had to pick one, then I would say that Yes, i do tend to want things more if they are forbidden.

My entire life feels out of control right now, and has for as long as I can remember.  Honestly, I dont really feel in control of anything.

Now that I am older, i am more comfortable in an orderly environment.  If the area or environment is disorderly, than I just keep noticing and thinking about what needs to be done.

4.  If you unexpectedly had a completely free afternoon, what would you do with that time? 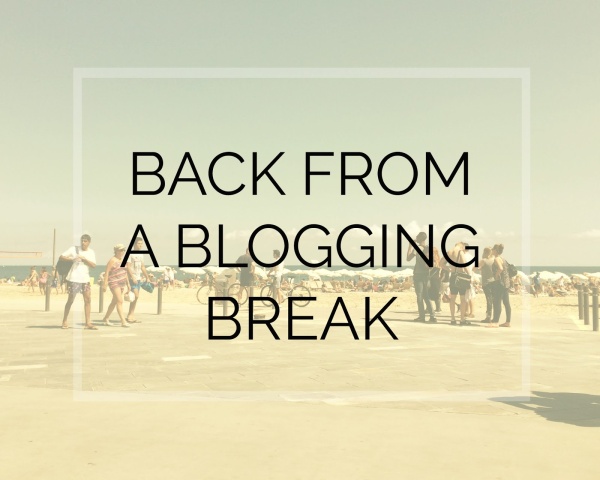 I have got to try this!

Color & Light for your Life

Not sure what to bring to that 4th of July picnic? This recipe is tasty, easy and a sure-fire “hit.”

In medium wrought iron (or oven safe) pan with sides, sauté onion and celery until translucent.

Add all other ingredients except for franks.

Bring mixture to a boil, then simmer on low for about 30 minutes.

Slice each frank diagonally about 1/3 way through in a few places.

Snuggle franks into sauce and bake in oven for about 30 mins.

Serve right in pan with spoon for ladling extra sauce on top.. OR place…

I had been expecting it for some time now.  In my head I knew it would come, but my heart still hoped that it wouldn’t.

As usual, the rational thinking proved to be right, even tho I have made a habit out of ignoring it.

I was an idiot to believe that I could prevent it, especially since I am forever told the cause.

It seems reasonable that the cause can stop the effect. 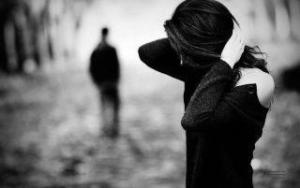 He needs help, and I can’t give him that kind of help. The outbursts are becoming more frequent, and more violent. The kids are getting scared. I am preparing to leave him, but it’s extremely hard. Not just because of emotional reasons, but for every other reason.

I could describe his outbursts, or tell you how many times he spit on me. He even put me in a head lock today. A few days before this, he got made because our 9 month old woke him up. So he threw cups against the wall and broke them at 4 in the morning. My oldest came downstairs, and wanted to know if I was ok. She said she hid the other kids in the closet just in case. She is only 10.

We haven’t been sleeping in the same bed since we moved into the house in September. At first it was because we didn’t have a bed, we were sleeping on the couch. Now that we do have a bed, he doesn’t sleep in it.

We don’t do anything together. I don’t like the person that I am becoming. I slapped him the other day. I only did it because I thought he was going after our daughter. So I slapped him in the face with the strength I had never felt before just to make him stop.

This morning Bash tried to tell our daughter not to tell school about what happened with the headlock because then he and I would both go to jail. He was trying to intimidate her. And it worked.

I can’t let this abuse go on. I have worked on myself, because I actually believed that it was my entire fault. I know now that it’s not, and I need to get out, But how. I am not strong enough to physically make him leave, and he is refusing to leave. He has nothing without me. That’s part of the problem; he is too dependent on me to support him.

This isn’t the man I married, he was perfect when we meet. He wouldn’t even curse around me in the beginning. Then we started to have kids, and he stopped taking his medication. I finally convinced him to go back to counseling, but even that was short-lived.

I believe in my wedding vows, and keep telling myself that he is just sick, and that he is truly a good person. In sickness and in health. But how much longer can I go on? At what point does it stop being about his illness, and become abuse? I wish I knew where to go, or someone I could talk to. No one understands.

The fear is real.
Only days left.
Not enough time.

I can’t think but my mind still racing.   There has got to be a way.
I can’t give up!!
I must find a way!!!!!
Deep breath…. Deep breath
Tomorrow is another day

This hits so close to home.

Portraits of a Ghost

My ghost is waning, these days. There’s a flicker of hope, somewhere inside, and it’s fighting to find oxygen. It’s starting to catch, an ember, a glow. If it takes a good deep breath, perhaps I can extinguish the ghost, for now.

Today at work we were talking about coworkers due date, and then someone mentioned that I had 4 kids.

Another wonderful coworker of mine, we will call her Wanda the Witch, said “How did you do that?”

I was kinda stunned and not sure how to answer the question. Then that same coworker asked the ages of my kids. I told her their ages and pointed out the fact that they were all 2 years apart. I mentioned the fact that people usually judge me when they found out I have 4 kids, and mainly they assume that I was a teen mom because I look so young. Wanda the Witch then said “Close enough, you might as well have been a teen mom”.

That’s ridiculous! Who says stuff like that, and more importantly why can’t I just be proud of the wonderful mother that I am regardless of my age?

This wasn’t the first time that I have been judge like this, and I guarantee that it won’t be the last.

Kids, if I teach you nothing else, please, please do not judge someone until you have lived in their shoes. Try to understand where people are coming from and what may have or have not motivated them.

Various media outlets claim to be fair and accurate, but in reality no one can ever be 100% fair or accurate.

Life is more than just a series of facts. There are tons of factors that come into play. 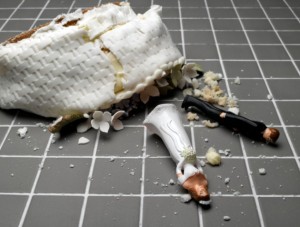 Is it bad to tell your husband that you hate him?

I told Bash just that. It’s not that I want to hate him; in fact it’s the opposite. I want so badly to love him, but the truth is I just can’t. More times than not I feel like he is unlovable. I don’t know when it started exactly, but I am pretty sure that the feeling has been here for a while.

Today I just reached my breaking point and I had to let it out. In all actuality I do feel better having said it. As the cliché goes, “I feel as if a weight has been lifted”. In my case, I feel like I have broken free from one of the concrete blocks holding me under water.   I know that I shouldn’t feel this way, but I can’t take it anymore. I absolutely hate the person that lives in my husband’s body. It’s not the same person that I meet and fell in love with.

When I brought this up to his attention, he said that this is who he is, and that the person I meet was the imposter. He was just pretending to be this way. SERIOUSLY!! How am I supposed to take that?

The person that I meet, he was amazing! I thought that I had struck gold when I fell in love with him. Now that person is a mean, vindictive, and selfish person. Even his appearance is different. He went from GQ to a wannabe gangsta.

But it’s really deeply more than his appearance. Our relationship has become like a dump for toxic waste. He calls me vulgar names in front of the kids, and rushes me like he is going to hit me as he threatens me with violence. He knows that it makes me flinch, but does it anyway. He even spits on me and throws things at me.   Most days I feel so low and degraded and embarrassed. Most of the time, the kids are home when these things happen, sometimes they even ask me why he is so mean to me.

The kids aren’t safe from his abuse either. Especially Marie and Paige; He makes fun of Paige and her medical condition even though there is nothing she can do about it.   He constantly picks on them and laughs like a teenager bullying another child. I intervene as much as possible, but that just makes him even madder, but at least it redirects his abuse away from the kids. Sometimes it hurts so bad that I just cry and cry. As much as I hate to admit it, I have even seriously contemplated suicide. I seriously felt that there was no other way to escape.

I was doing great before I meet him. But he has done nothing but brings me down and decreases the quality of my life, and the life of my kids. I know all of this is not solely his fault; I am just as bad for letting it happen. Sometimes I would just go along things because I didn’t want to make him mad. He even goes as far as to tell me that he can understand why my ex-boyfriend would hit me.

The sad thing is that beyond all of that, I still want so bad to be in love with him the way I used to. I want him to be as in love with me the way he used to. Sometimes I sit and wonder what is so wrong with me that I would be in 2 separate relationships, and both of them ended in abuse and intimidation. Maybe he is right and it is my entire fault.